In my last post I said that February was the busiest month at the Good Life RV Resort; turns out I was wrong -  March is even crazier!  Everyone has to get in one last party before they leave and since most people leave at the end of March (including us) it has been very busy.  We've worked our regular days of Thursday thru Saturday and have been asked a few times to help the Monday thru Wednesday people with their setups.  Starting this week we are down from three couples to two for our shifts since Mike and Regenia left Monday - yikes!  We'll do whatever needs to be done and in two short weeks we will be heading out too.

We went to a Cubs game on Monday, March 9th and it wasn't very exciting since they lost and made a few little league plays in the field.  The highlight of the day for me was wearing my new #26 Billy William Jersey - thanks Sue!!  Happily, since that game, they've gotten their act together and are playing like the Major League team that they are supposed to be.  Fingers crossed for an exciting year in Chicago, if we come home in October I would like to be able to go to a few games :). 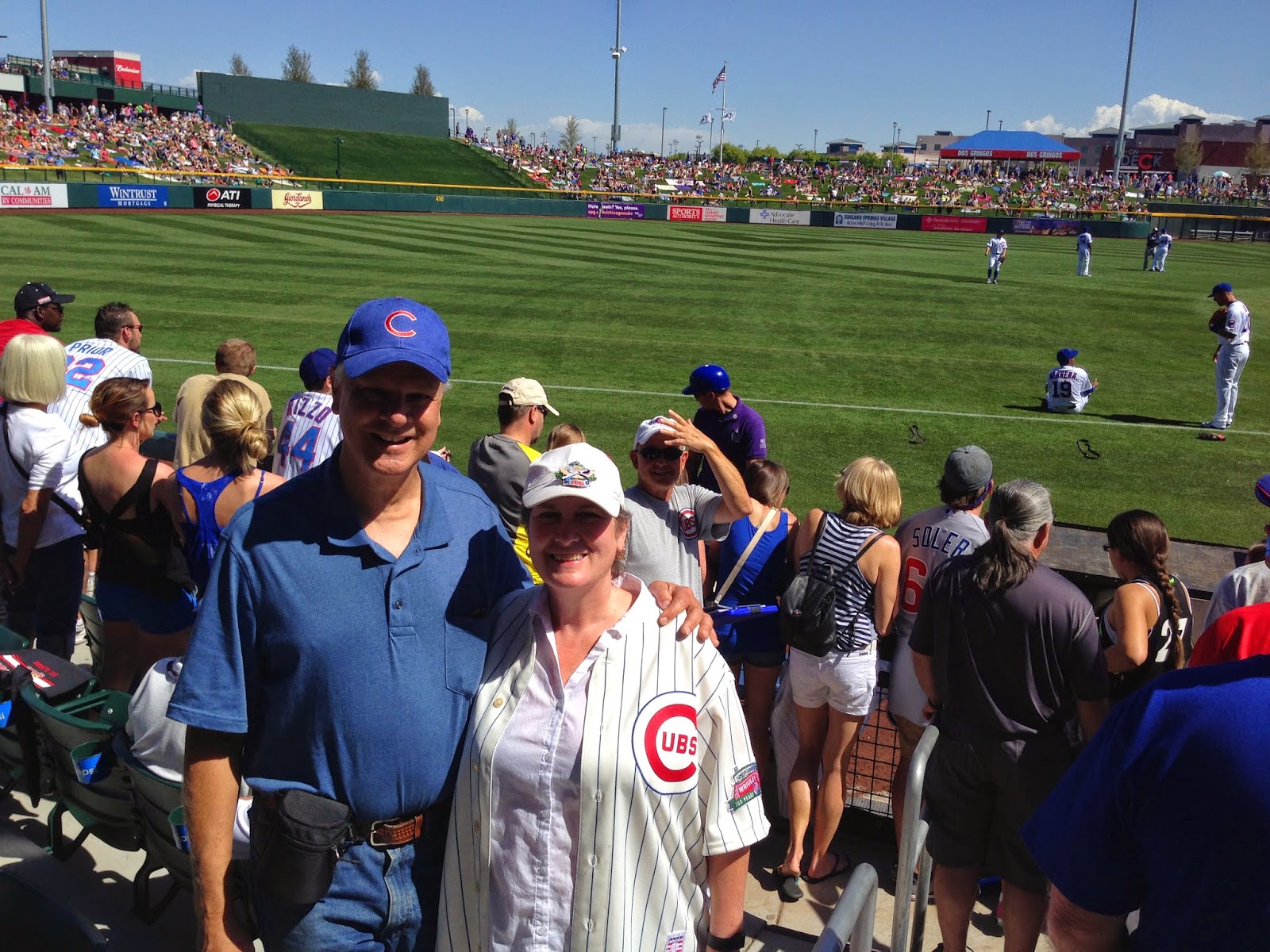 When people set up their site in a campground often one of the first things they do is put out their sign.  It lets people know who you are and where you're from and is a great conversation starter.  Marty has worked very hard making a sign for us; he bought a guitar "back", made the design, primed and painted it and took it to the wood shop where he routed it out, he then painted the letters and did a few touch-ups.  Now everybody knows who we are and where we're from. 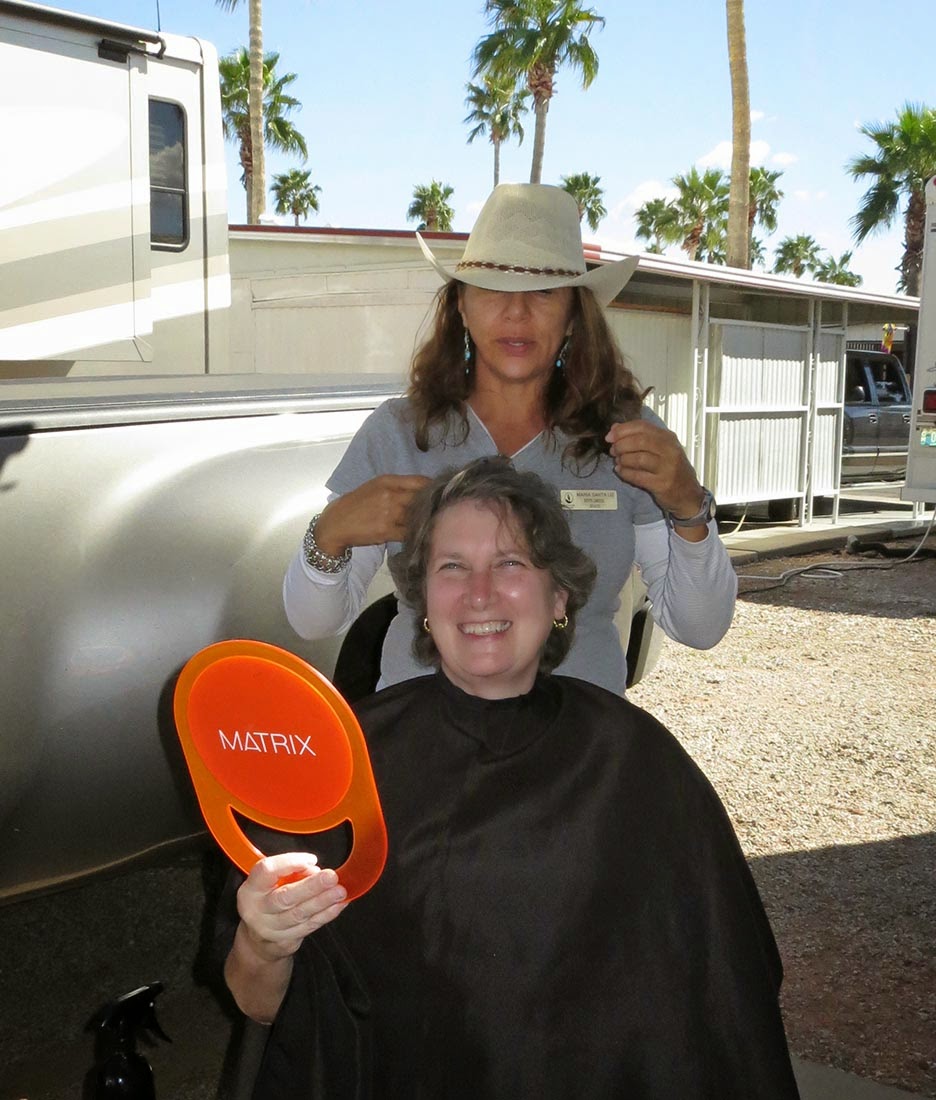 One of our fellow workcampers cuts hair.  That's a good thing since my last haircut wasn't very good and I needed one desperately.  Maria did an excellent job and I'm all set until we get to Washington. 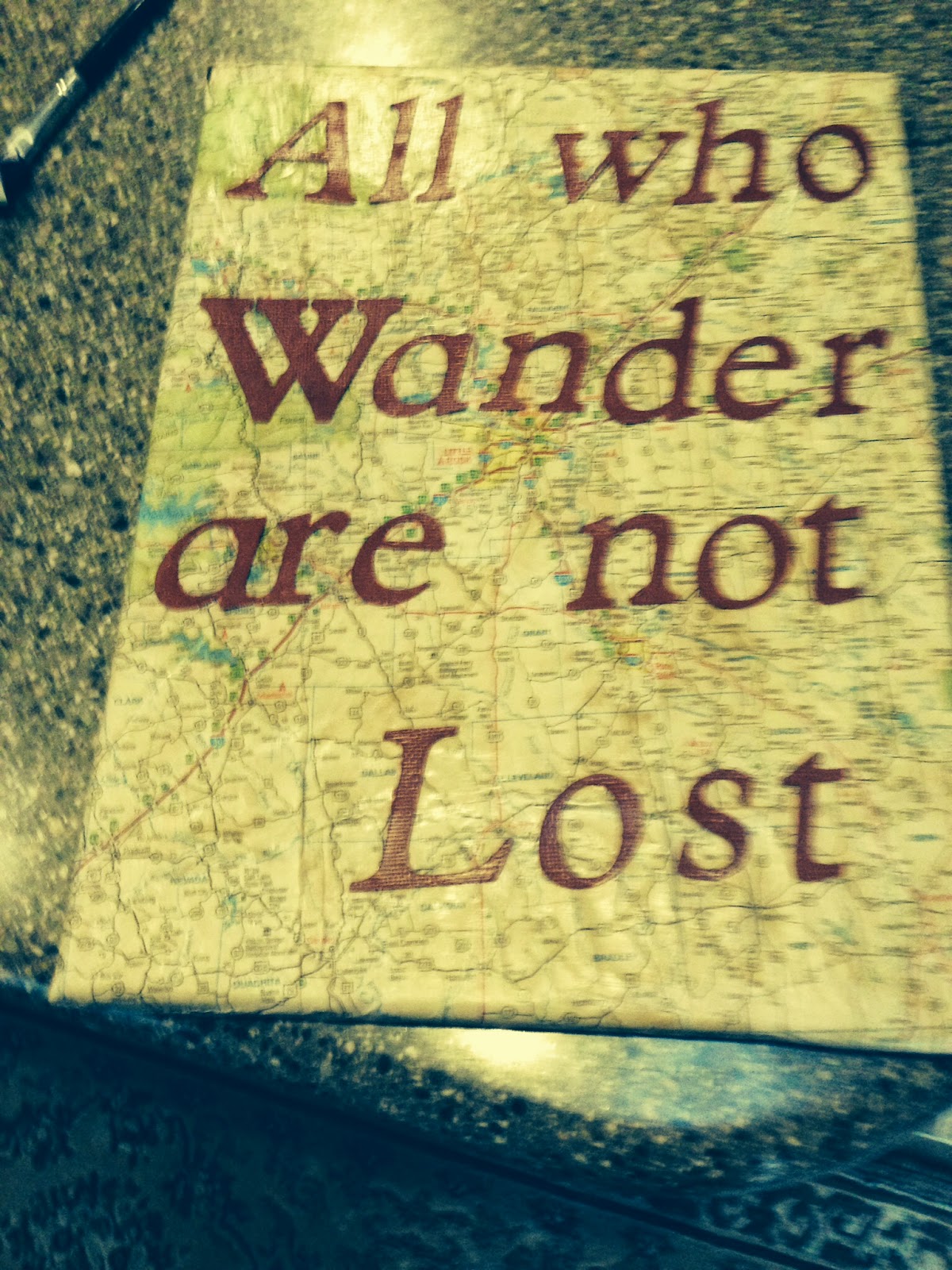 Marty hasn't been the only crafty one, I saw a cute sign on Pinterest (yes, I am addicted to Pinterest) and I decided to try and re-create it.  I took a map, aged it with coffee and then decoupaged it to some canvas.  Next step was adding the words and coating it with some polyurethane.   It was fun and even though I can still smell the coffee I'm pretty pleased with it.  Oh, no!  When I went to take a picture something looked funny so I  just double checked and  I got the quote wrong, it should be "not all who wander are lost" - Darn!!!  I'm keeping it anyway, sorry JRR Tolkien.

We spent one Sunday visiting Sedona which is about 2 hours north of Mesa.  It's incredibly beautiful but we should have gone during the week, it was a little too crowded.  We hiked one very narrow trail and had to step to the side for bicyclists which is fine except that in Arizona when you step off the trail you have to watch out for cactus!  I'm not sure how the bikers were even able to ride since the trails were pretty rocky, I guess that's what they liked about it - oh to be young and daring.  By the way, most of them were girls!


Here's an interesting fact about Arizona, they don't change their clocks.  We are now two hours behind Chicago.  However, the Navajo Nation does follow Daylight Saving Time so in some parts of Arizona they are only an hour behind Chicago - strange, isn't it? 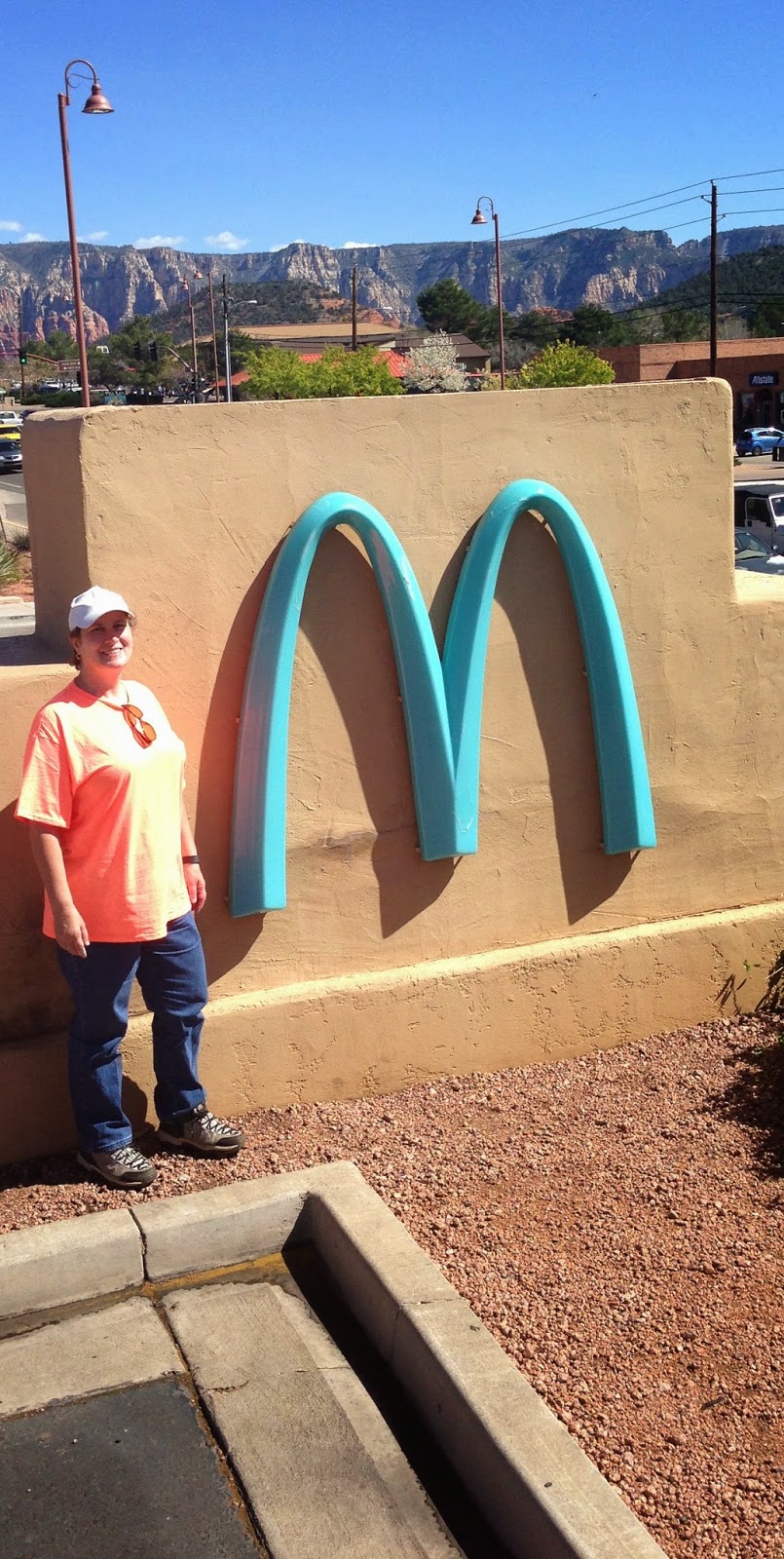 Another interesting fact is the McDonald's in Sedona is the only McDonald's in the world without golden arches, theirs are turquoise.  They also aren't above the restaurant, only on the front and on the side.

That's it for this post, the next two week we will finish up our work here in Mesa and then hit the road for Forks, Washington.  We will be work camping at the Forks Timber Museum starting on May 1st.  We will spend the month of April traveling and exploring.